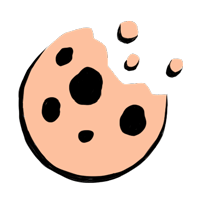 The Hoxton launches its new shared workspace concept in Chicago with the opening of Working From_Fulton Market. Offering home-like spaces – without the distractions – and stress-free policies for the modern worker, with memberships beginning at $75.

We launched with five days of cultural programming highlighting some of the city’s brightest minds and craftiest entrepreneurs. There were workshops, panels, discussions and film screenings, all free to the public, inviting Chicagoans to see the space first-hand. Among the speakers? Curator Anna Cerniglia from Johalla Projects on art beyond gallery walls, writer Britt Julious on the death of the newsroom, Twofivesix founder Jamin Warren on Chicago’s thriving gaming scene, and design gurus Brian Buirge of Good Fucking Design Advice and Joline Rivera of Kitchen Toke on cannabis and creativity.

There’s a deadline hotline where, if available, members who are burning the midnight oil can score a hotel room for $25. For members who need a break from the grind, there is a large outdoor terrace with seating (open seasonally) and a library curated by Chicago non-profit Open Books. To enrich brain power, members will have access to $2 barista coffee, a help-yourself pantry full of snacks, and a members’ cafe and bar from Boka Restaurant Group including direct-to-desk meal delivery. And like The Hoxton, Chicago, Working From_Fulton Market is pet-friendly.

Interested in a desk? Check it out here. Working From_Fulton Market will be followed by Working From_Southwark.

The world’s first Mama Residences are launching in Business Bay